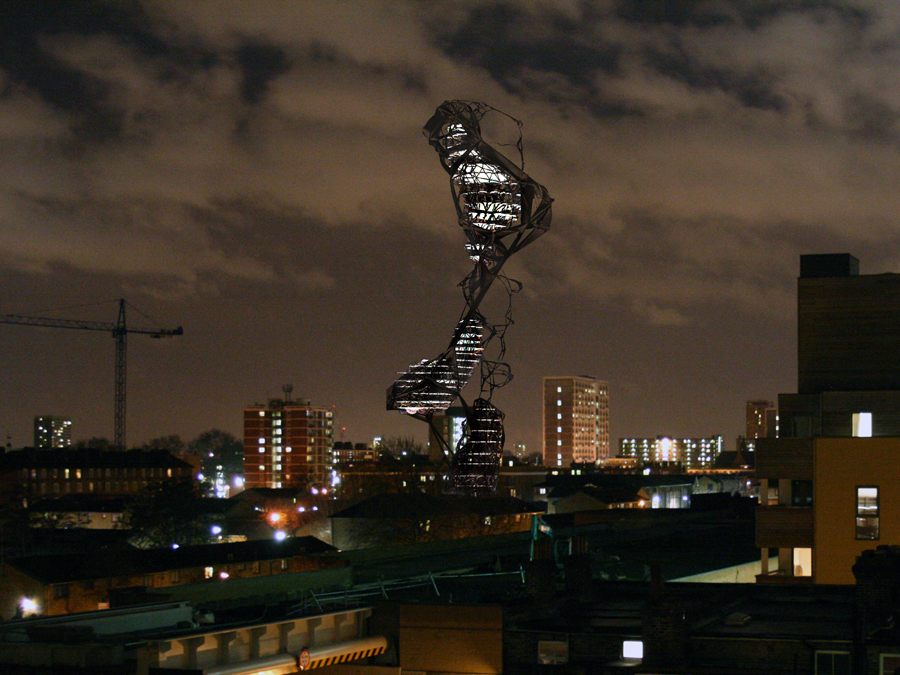 Gross Topology: the skyscraper was developed using topological network systems in conjunction with a tetrahedral growth algorithm.  The research began as a way of testing and developing tetrahedral growth schemes using scripting and Finite Element Analysis.  In order to develop a global morphology, however, these needed to be embedded within a network.  The basic inspiration was a tower with an exoskeleton that acted as a primary structural system, in which secondary and tertriary support evolved based on changing programmatic needs.  The interior pods are composed EFTE pillows that control the interior climate, with areas between the pods are similarly skinned but on a larger scale to identify potential emergent programs and feaures.  The globabl structural behavior of the tower is that of a counterbalance in order to continually shift and displace the function of the primary office spaces.